Seagrass can be found in shallow water near the shores and in briny water in many places, from tropical seas all the way to the North Pole. Seagrass are named so because of their long green leaves. Many mistake seagrass for seaweed, but in reality, seagrass are more closely related to angiosperms on land than with seaweed. Seagrass have thalli, creepers, rhizomes, shoots, leaves, roots, flowers, fruits and seeds. Seagrass appeared about 100 million years ago, and there are about 66 species of seagrass over the world.[1] Seagrass that grow in large “fields” are called seagrass beds. While often neglected, seagrass beds are one of the most diverse and efficient ecosystems on Earth. Let’s find out why! 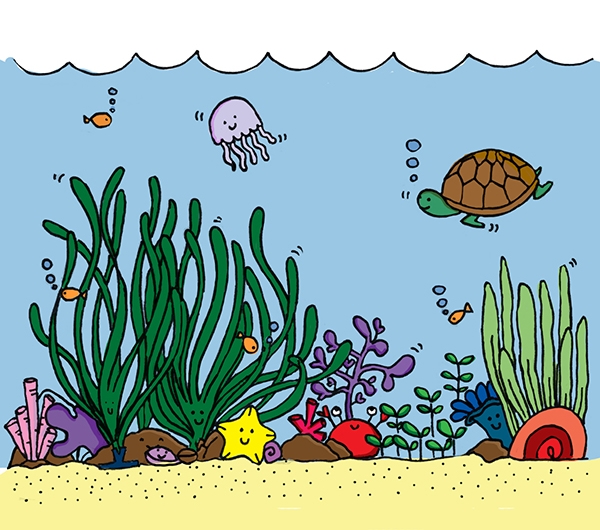 1. What are Seagrass and Seagrass beds?

Seagrass are angiosperms that are completely adapted to the marine environment. It has long, thin leaves like grass. However, some of them can have leaves that are oval-shaped and come in pairs.

Often mistaken for algae (seaweed), seagrass differ from algae in many places. Algae live on the seabed have holdfasts, no flowers, no roots, and deliver nutrition throughout their bodies through osmosis. Meanwhile, seagrass are plants with flowers and seeds, roots underneath the seabed, and a metabolic system. 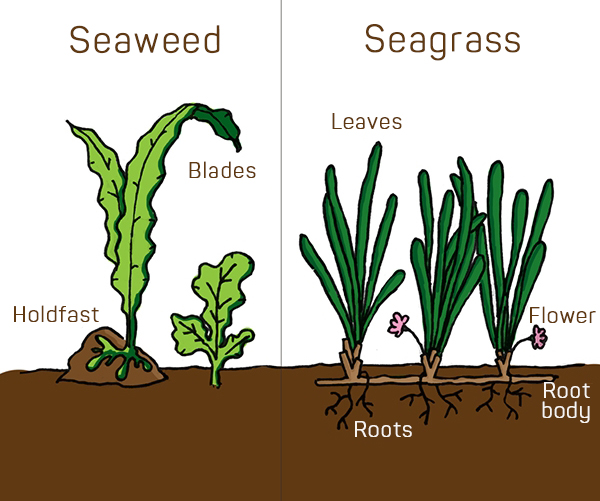 How do seagrass grow?

Seagrass need nutrition to grow. They find these from surrounding mangrove plants and from sunlight through photosynthesis.

Seagrass cannot grow well where they are left dry during ebb tides. Therefore, seagrass often grow in shallow water near the shore, where the water is calm. Seagrass like clean water, so they will die when covered in soil and mud. 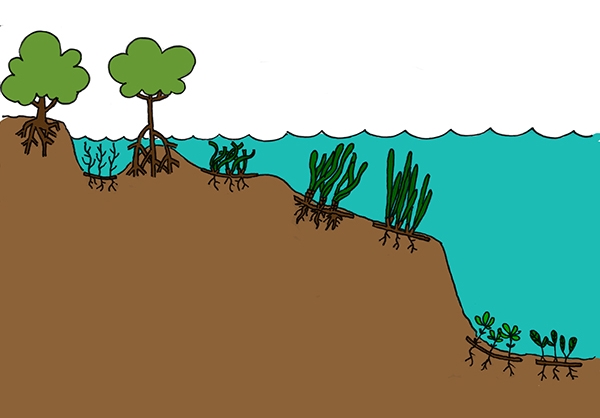 Seagrass leaves grow very fast but their rhizomes develop quite slowly. Therefore, once a seagrass bed is destroyed, it takes a very long time for it to recover.

How do seagrass reproduce?

Seagrass can reproduce asexually or sexually.

Asexual reproduction method: Like land grass, seagrass’ roots connect with one another underneath the seabed like roots, also called rhizomes. Rhizomes can spread widely under the seabed and push shoots above the seabed. This means all young seagrass share the same body and genetic materials.

Sexual reproduction method: Male seagrass release pollens into the water that concentrate into floating clumps. Seagrass pollens are 5mm-long, among the longest in the world. Waves help carry them all over the ocean, until they meet female seagrass. Reproduction then takes place and new seagrass are formed.

From seagrass to seagrass beds

Seagrass beds are places where seagrass grow in large areas like “fields”. Some seagrass beds in the world are so large that they can be seen from outer space! 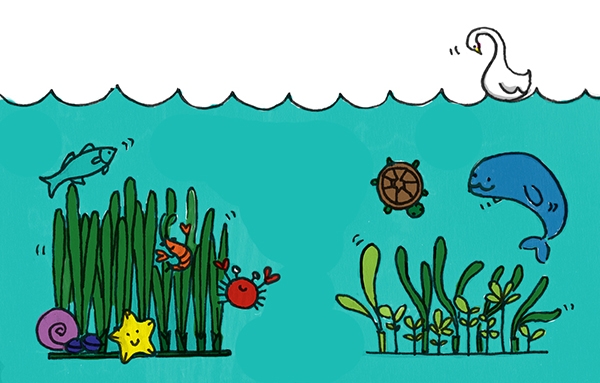 Seagrass beds are shelters and rich food sources for many marine creatures. The seagrass foliage provides a place to hide, incubate and live for small invertebrate creatures (such as shrimps, crabs, and other crustaceans), small fish, immature fish, and even bigger fish. Seagrass are also integral to the diet of some endangered marine creatures such as manatees, green turtles, sea snakes, every day, an adult manatee can consume about 28 to 40 kg of seagrass; an adult sea turtle consume about 2kg - if seagrass disappear, these animals will have nothing to eat! 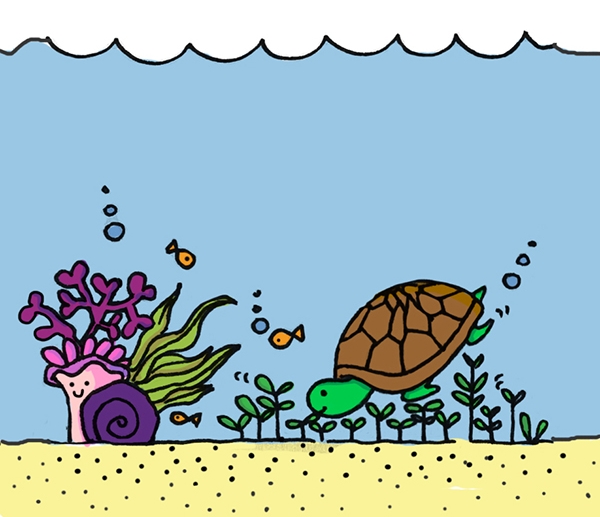 Seagrass beds act as an intermediate step between coral reefs and mangrove forests, and help to balance the structures and activities of these two ecosystems by stabilizing sand, mud, water and energy.[4]

Seagrass stabilizes sand and mud, keeping the water pure. Their leaves and phalli help slow the flow of the water. Their thick roots help keep the mud on the seabed in place and reduce erosion. 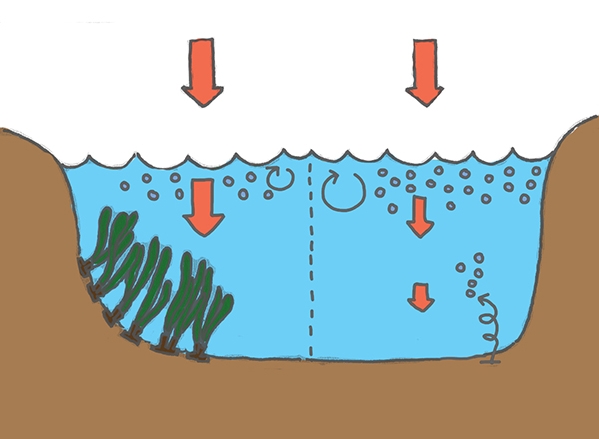 Seagrass beds can also store a large amount of carbon dioxide (CO2) from the atmosphere. Just as plants on land, seagrass absorb CO2 from the air and expel oxygen to grow. When seagrass die and decompose on the seabed, their previously absorbed CO2 will also be buried in the sediments. Seagrass take up approximately 600,000 km2 of the continent shelf, storing about 27.4 million tons of CO2. 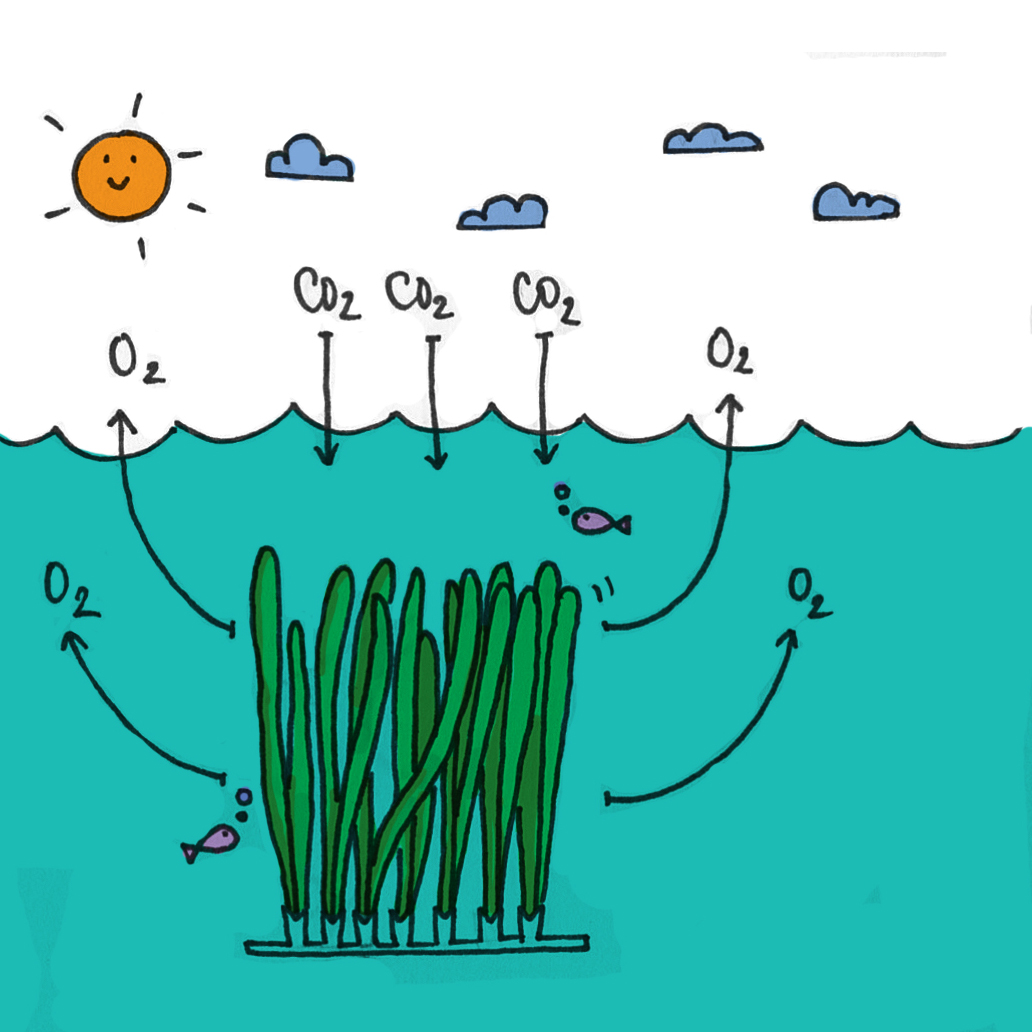 The area of seagrass beds is decreasing globally. 1.5% of the seagrass area over the world disappears every year, corresponding to the size of 2 football fields every hour! Approximately 29% of seagrass beds have disappeared in the last century alone.[5] In Vietnam, in the last 20 years, about 40-50% area of seagrass has disappeared.[6] The decrease in area and the possibility of extinction of seagrass is deeply concerning: marine diversity, the “health” of the marine ecosystem and the livelihood of those who live near the sea will be greatly impacted. Marine creatures that rely on nutrition from seagrass such as sea turtles and manatees will also be threatened.

As a country with a long coastline, Vietnam frequently suffers from storms that damage the ecosystem, especially creatures living in depths, such as sea grass (Thalassodendron ciliatum) living in Con Dao sea. In addition, due to complex river systems, the amount of silt released into the ocean increases sea water’s turbidity, which slow down the development of many seagrass species. [7]

3. Why is this happening? 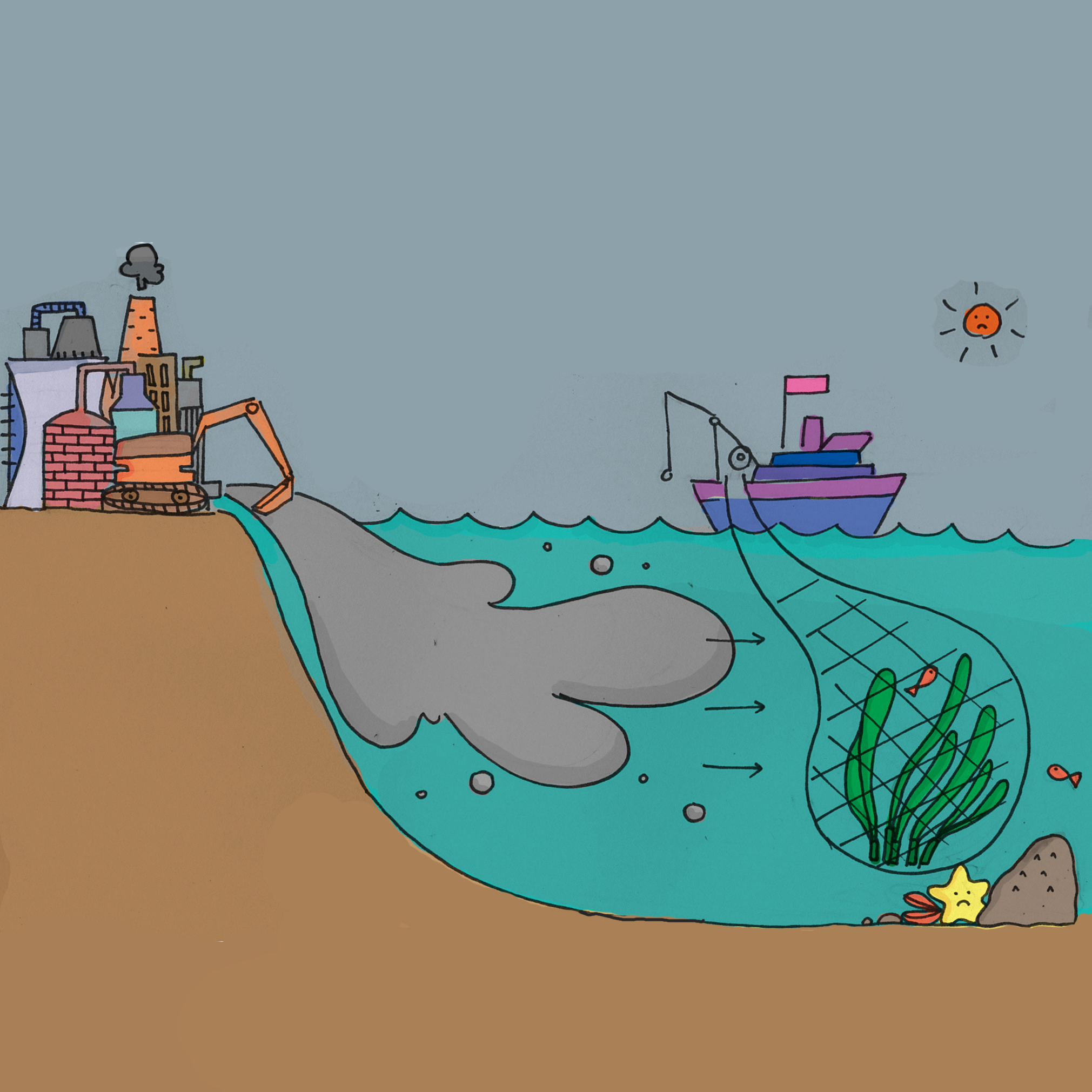 Furthermore, climate change leading to a rise in the temperature of seawater also causes the appearance of destructive and weakening diseases in seagrass beds, as seen in seas in Northeastern and Northwestern America.[8]

Protection of seagrass beds has yet to be widely known. Currently, there exists no international law to protect seagrass; therefore protection relies neatly completely on local authority and citizens. Some protective methods applied in some countries include limiting damaging activities such as excessive dredging, destructive fishing (using explosives, chemicals), and polluting the water flow…

Each of us can contribute to the protection of seagrass. Here are some suggestions on what you could do: 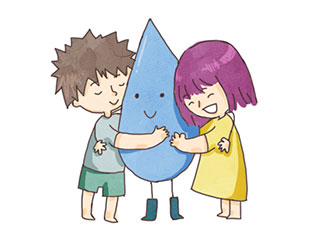 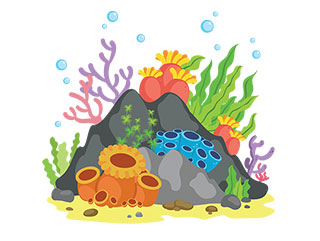