The ocean has been providing us with fish and other seafood in abundance for the last millions of years. Only a few decades ago, the ocean was still a great resource, but time has changed since. 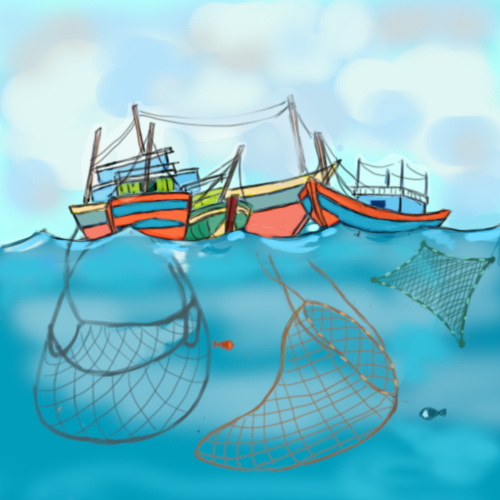 Humans have been fishing since ancient times. Nowadays, there are nearly 300 million people over the world whose lives directly or indirectly depend on marine fishery. Due to modern technological advances, fishing for human needs has become much easier. More and more fish are caught, causing their numbers in the ocean to drop dramatically. Scientists revealed that fish populations in oceans over the world have become alarmingly low. According to National Geographic, from a research on fishery published on Science magazine in America in 2006, we will no longer have fish to harvest in 2048. Furthermore, many marine creatures will also be exterminated in the process.[1] 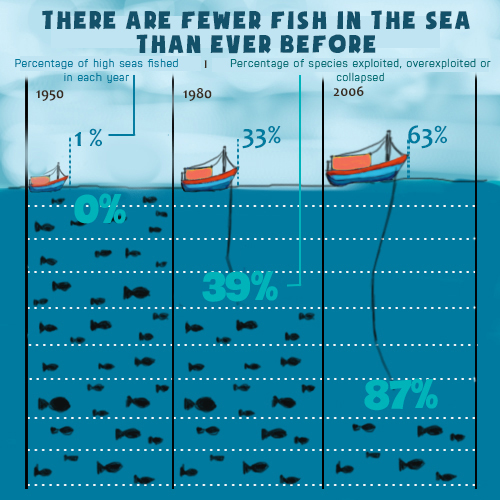 Therefore, overfishing is catching fish more and faster than the ocean is able to provide and recover. This causes a serious deterioration in marine ecosystems. This is an unsustainable harvesting technique of marine resources.[2]

Seafood has long been a diverse and well-loved food source for humans. Aside from eaten fresh, seafood is also dried or canned to last a long time. In the 50s of the 20th century, the human population witnessed an unprecedented boom. This has led to a significant increase in fish in general and seafood in specific.[3] According to FAO, the seafood need per capita (which consists of both grown and wildly caught seafood) witnesses an upward trend: from the average of 9.9 kg per person in the 1960s to 14.4 kg in the 1990s and 19.7 kg in 2013. In 2016, this number has reached 20kg per person.[4] 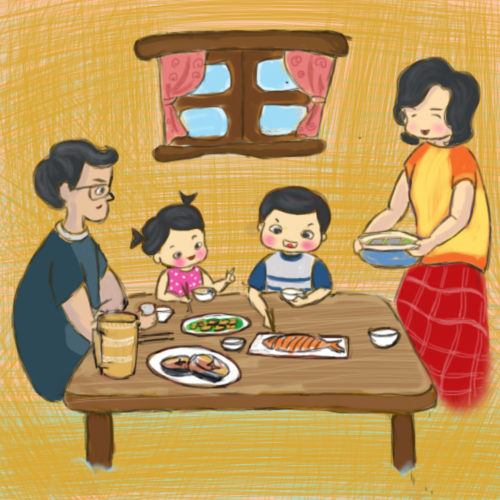 Many fisheries in the world are equipped with fishing boats with large capacity and modern technology. One trip in the ocean of such a boat can last weeks, even months. They can harvest fish deep at the bottom of the ocean, and many of them can process fresh fish on the way back to land. Some calculations show that the total fishing tools in the world today are enough to harvest all the fish in the oceans in 4 planets with ecosystems to that of Earth. 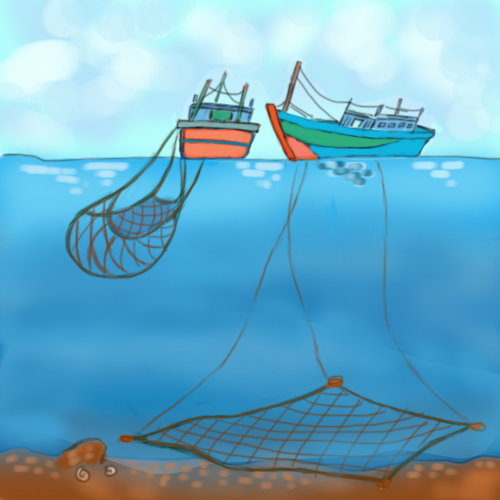 Nowadays, many fishing boats use destructive methods such as bottom trawls, chemicals and explosives. These methods cause serious damages to the marine wildlife: they destroy coral reefs, and fish hooks can accidentally hurt or even kill sea birds or wedge into the bodies of mammals living in the sea. 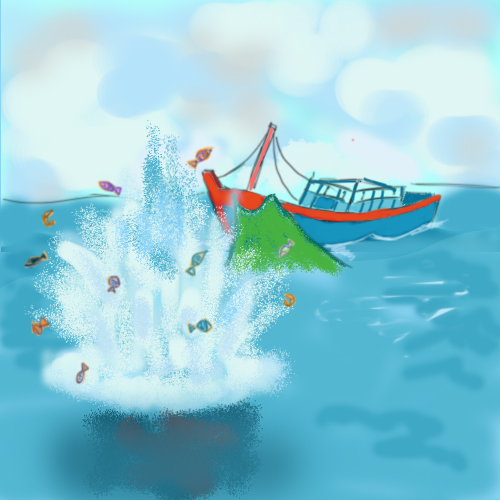 Aside from fish caught for human needs, large nets also accidentally catch those with no economic values and at risk of extinction, such as starfish, sea urchins, sea worms, sea snakes, seals… and baby fish. These “by catches” nearly always die and are dumped back into the sea.

Furthermore, concentrated fishing in one area, especially near the shore, has significant impacts to the fish source. In Vietnam, each year, the number of fishing boats increase about 6.2%, mostly consisting of ships with small capacity (less than 90 horsepower’s) that concentrate in areas near the shore, even those these areas only take up about 11% of the country’s overall Exclusive Economic Zone. This imbalanced and unsustainable fishing can cause a dramatic decrease in marine resources in Vietnam.

3. What impacts does overfishing have?

Overfishing can destroy the living environment, marine ecosystem and food chain. A recent scientific research has showne that: overfishing is one main cause of the rise in the jellyfish population in many years, called a “jellyfish boom”. Since the start of the 2000s, these creatures have taken over many seas, such as the Japan Sea, Black Sea, Mediterranean Sea, etc. The jellyfish’s arch nemeses - large creatures such as tunas and sea turtles - are disappearing due to overfishing. The decrease in population and disappearance of these creatures cause the “jellyfish boom”. Not only do they compete with other creatures for food, jellyfish also consume fish eggs and larvae, which greatly affects the recovery of the seafood source.[5] Therefore, any disruption of the food chain at any level will have a domino effect to all creatures living in that environment. 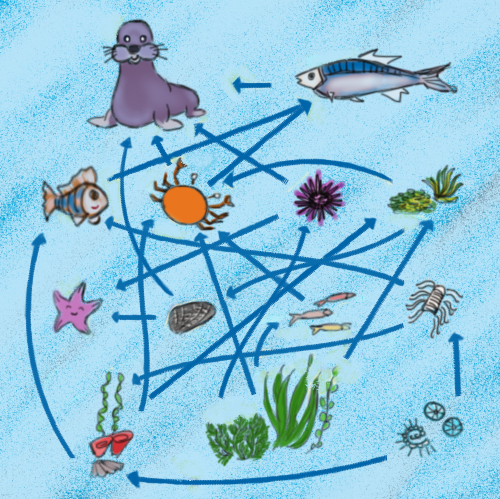 Example of a food chain under the ocean

Overfishing also leads to a decrease in population of fish with high economic values. In the last few decades, unsustainable fishing practices have pushed the ocean to the edge of depletion, which directly affects the daily life and earnings of fishermen. If overfishing is put under control, fish have a chance at recovery. Cutting down on fishing will allow fish to reproduce and baby fish to grow. Limited fishing will continue to be allowed when valuable fish start to increase again in number. Without fish and other types of seafood to catch, fishermen and others who work in the fishing industry will lose their jobs, causing a strain on social welfare.[6]

In addition, publicly hunting, buying and selling of rare marine species contributes to the depletion of biodiversity. In the beginning of 2016, 3 fishes – a 80kg giant carp, a 51 kg golden carp, and a 201 kg Mekong giant catfish were captured by fishermen in Dong Thap and An Giang, and were publicly sold to a restaurant in Ho Chi Minh city, despite the fact that all three fish species are listed as endangered and require protection because they have high risk of extinction [7].

Dangerous yet silent invasions of invasive marine species also contribute to the disruption of local ecological balance. According to statistics from the Department of Natural resources and environment, the number of invasive marine animals in Vietnam is 48 species. Blinded by their economic interests, some people fail to grasp the danger that invasive species poses to local biodiversity [8]. 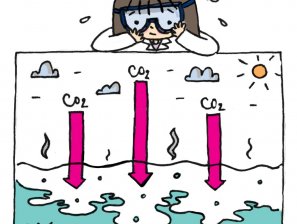 Read more
Under the sea 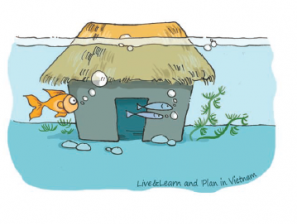